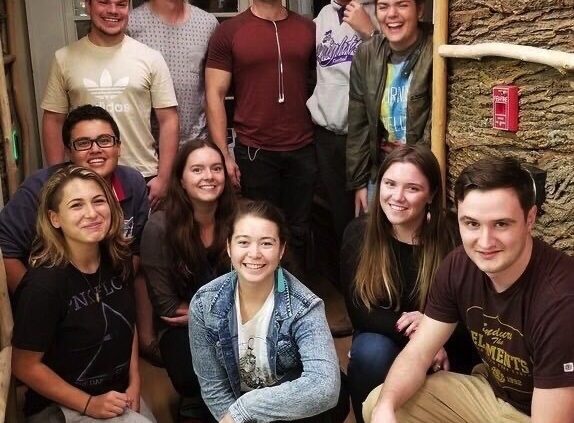 This week we interviewed QAISES – Queen’s American Indian Science and Engineering Society. Check out our video showcasing the interview’s highlights as well as the full interview written down below!

Story behind QAISES at Queen’s

QAISES originated from AISES, the American Indian Science and Engineering Society, which is an American nonprofit meant to bring together Indigenous people in STEM (Science, Technology, Engineering, and Math). They mainly achieve this by hosting national conferences and leadership summits. Although this year will be online due to the pandemic, it’s usually an in-person conference somewhere in the USA. Companies that are looking for Indigenous students either for internships or fulltime jobs attend, and high school students are also invited. The conference is all about bringing together people who are not always recognized in STEM so they can share their experiences and stories with one another. At Queen’s we started a chapter in line with that. Each year, we attend the Canadian conference that happens in February or March. And this year, like I said, it’s going to be virtual. But it’s all about connecting indigenous students in STEM and giving them a voice.

The one I went to last year was in Milwaukee in a big conference center. They had keynote speakers who spoke about their research in environmental science, mechanical engineering, and so on. There were different workshops on subjects such as organization, how to build successful chapters at your institutions, and how to build a resume. They held a club fair where you can join a bunch of clubs that span across North America. As well, big companies would attend like Boeing and Microsoft who would come and look for Indigenous students. The conference really helps people wanting to network and make connections since it’s often been really hard for Indigenous students to have that opportunity. There was probably 1000 people at the conference, mainly students coming from different universities, sharing what they do at their institutions. Since I’m the Canadian senior rep, I talk about what Queen’s does and the input I have from other universities in Canada.

How did you get into it (What made you want to fight for this cause)?

When I was deciding on where to go to university, it was between here and UBC. But Queen’s was the only university I knew of that offered a program such as Queens’ Aboriginal Access to Engineering, where it just focuses on supporting Indigenous students in engineering. Especially being away from home for the first time and everything being so new, getting this sense of familiarity was important. I knew that if I needed support, I’d automatically have that if need be. So that’s the kind of thing that drew me to it. From there, I got involved in QAISES and have been a part of the club since.

So at Queen’s, they offer tutoring if I or any Indigenous students need it. There is also the Four Directions Indigenous Student Center where I can go for support and have a spiritual or cultural connection. The reason why I got into QAISES specifically was through their biweekly dinners. They would order a bunch of food for all the students, which also helped bring together students in Queen’s Eng. Of course, as a university student in first year, I’d see free food and I’d do anything to get away from the dining hall. They held their QAISES meeting after dinner and I was kind of just in the background, listening about how you can go to conferences to connect with different types of companies, hear from other indigenous people in the STEM field, help your resume, and discover different types of research opportunities. I was really interested and became a member soon after.

What is one thing you want people to know about QAISES?

I think the biggest thing is really just the community and personal connections you get. QAISES is different in that it has almost a family atmosphere since we all have the immediate connection of being in engineering and being a part of the aboriginal access to engineering program. It doesn’t matter the kind of day you’ve had; you can always talk to one of the other Queen’s students in the program and they are there for you. So, in addition to everything that Queen’s and engineering has to offer it’s just another layer of family.

I think it provides a different perspective in a sense. I think the more perspectives and various experiences from other people contribute to a better community and a more diverse environment.

What does QAISES mean to you?

I would say that it provides another layer of comfort since you know there is someone there for you that understands certain types of things. I mean, in first year, there is a big academic and social adjustment. You’re meeting different types of people, taking different courses, you’re away from home and everything is new. So in my first year, why I’ve really stuck with it is because of the immediate kind of foundation and comfort that QAISES provides, it’s familiar.  It’s not something that you need to try to get into, it’s always there for you. I had my friends and all these different sorts of things, but especially in my first and second year with QAISES its important because it always provides people with a familiar comfort that they can go to at the end of the day.

As I’ve said the biggest thing about AISES are the conferences. Queen’s had six or seven kids go to Saskatchewan for the Canadian conference, but this year it’s going to be virtual. Usually we would have some sort of outreach in QAISES so we’d go to local high schools and elementary schools and show young indigenous students that engineering is a career worth pursuing. Going to science fairs is another thing that people in the club have done in the past, as well as judging those science fairs in elementary schools, middle schools, and high schools, to excite kids about engineering. So those two are kind of the major things. In regards to this year, it’ll be difficult because it is virtual but I would say trying to do a variation of both of things as best as we can is the goal.

Misconception. Hmmm. I guess that AISES is not just a Queen’s thing. If that’s one. UBC has a chapter, Saskatchewan, and Manitoba so there are a bunch throughout Canada, though it’s obviously bigger in the USA. Although AISES is an American organization, there are a bunch of different chapters and clubs in Canada geared towards indigenous students in STEM and the undergraduate and graduate level so it’s not just Queen’s.

What change would you like to see? How can other students help?

Generally, things that have happened in the past, over the last year. Between what happened at Chown Hall, the racist and inappropriate comments towards the indigenous community, and flags being torn down, these actions don’t represent what Queen’s is really about. Queen’s has taken a lot of steps, especially for Indigenous students which is great and it’s important. But it’s just about continuing to show respect for one another. At the end of the day, all of us are just people, human, students, and we go through the highs and lows of everyday life. We are all here to get an education and meet different great people from all over the world. Every day I get to meet someone new and learn something new and that’s what we are here for. So, just having that in the back of your mind, it’s all about respect. Queen’s is a family and a community and everyone should be treated with the utmost respect and be uplifted rather than torn down.

What would you like to see the engineering faculty of queens do to help?

The dean has been great. He’s been really supportive. He’s told us to reach out for any reason, especially first year and second year students just because of what’s recently happened. In regard to the faculty, I think it’s important to continue having conversations about how meaningful it is that Queen’s has one of the largest, if not the largest, amount of indigenous engineering students in Canada, and what they contribute to Queen’s engineering as a whole. And like I said before, it’s great to have a bunch of different students with different perspectives and that is what Queen’s has done exceptionally well. Having undergraduate students who are indigenous, so I guess continuing to have a conversation about how important and meaningful it is to have these students in the program.

I think increasing awareness of the Four Directions center would help. Creating more awareness about it and the services it offers students, even if they aren’t indigenous, even if they just want to learn what it’s about, would be great. Just so they know that there is a place on campus for this. What Queen’s has done for indigenous engineering is something that should definitely be applauded and recognized, and hopefully it continues to improve.